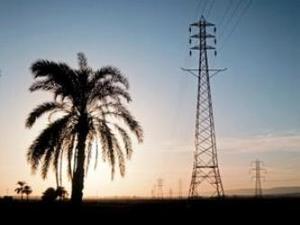 Jordan said on Monday it will raise electricity prices this week by between nine and 17 percent to offset losses caused by cut-offs in Egyptian gas supplies.

"An increase between nine to 17 percent will be imposed from Wednesday on consumers who use more 600 kilowatt/hour per month," said the Electricity Regulatory Commission.

"Those who consume up to 600 kilowatt/hour per month, or 92 percent of the (6.5 million) population, will not be affected," it said in a statement.

Economist Yusef Mansur said however that he thought it was unlikely the majority of the population would be immune to the price hike.

"I do not think that the 92 percent figure is accurate. Electricity consumption and demand vary seasonally. I do not think they (the commission) have the capabilities to calculate such a percentage," Mansur told Agence France Presse.

Pipelines carrying Egyptian natural gas to Jordan and Israel have been a target of repeated attacks over the past year.

The attacks cost Jordan around $1.5 billion in 2011, according to the commission.

The kingdom is currently studying prospects of importing liquefied natural gas from Qatar, which holds the world's third-largest gas reserves.