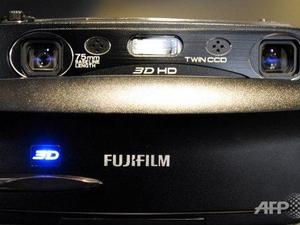 Japanese film and camera maker Fujifilm has offered scandal-hit Olympus a capital and business tie-up, it said Monday as it announced a slump in third-quarter profits.

Fujifilm said it has formally proposed a link-up to Olympus' advisors, seeing synergies in the pair's medical operations, although it did not reveal details.

"Olympus has a very strong business in endoscopes while Fujifilm is a leading firm in the areas of X-ray image diagnosis and ultrasonic systems," said a Fujifilm spokesman.

Olympus is reportedly seeking a corporate alliance to shore up its finances after admitting covering up $1.7 billion in losses, and several Japanese and foreign firms including Sony have been mentioned as possible partners.

Photographic film was once the mainstay of Fujifilm's business but it diversified into other areas, including healthcare, with the advent of digital cameras.

Nonetheless it announced that its net profit plunged to 8.8 billion yen ($114 million) in the three months to December, down 51.4 percent from 18.1 billion yen a year earlier.

Fujifilm's third-quarter sales dropped to 451.25 billion yen from 462.63 billion in the previous year, and despite tight cost controls operating profit fell to 26.5 billion yen, down from 36.60 billion a year earlier.

The company revised down its forecasts for the full year to March, expecting to post a net profit of 28 billion yen.

The firm was for decades the main rival of Eastman Kodak, but the century-old U.S. giant, which brought photography to the masses, filed for bankruptcy earlier this month as it succumbed to the market shift to digital.