Mokhaiber: We Will Meet with Mirza to Discuss Aisamy Kidnapping 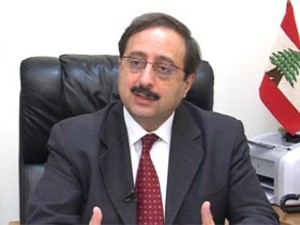 Member of the parliamentary Human Rights Committee MP Ghassan Mokhaiber stressed on Monday that officials are following up on the kidnapping of Syrian opposition member Shebli al-Aisamy.

He said after holding talks with a delegation from the captive’s family that MP Akram Shehayeb is following up on the issue, adding that they will be holding a meeting with General Prosecutor Saeed Mirza to this end.

“His ongoing imprisonment and Syria’s failure to heed calls for his release will only negatively affect the regime,” she added.

She hoped that the regime would comply with local and international human rights committees’ calls for Aysamy’s release.

She stressed that her family will not rest until her father is freed.

The al-Aisamy delegation had held talks on Wednesday with United Nations Special Coordinator for Lebanon ad interim Robert Watkins who revealed that the Syrian opposition member’s case had been referred to the highest international judicial authorities.

Al-Aisamy, 86, a co-founder of Syria's ruling Baath party, who fled his native country in 1966 over political differences, was last seen in May in Aley.