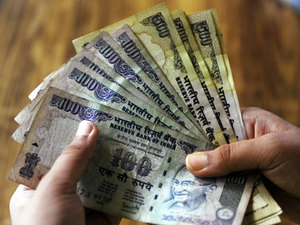 India said Monday it may use its own currency, the rupee, to pay for oil imports from Iran in the face of a U.S.-led sanctions campaign aimed at forcing Tehran to abandon its nuclear programme.

India has said it will continue to import oil from Iran, joining China in refusing to bow to intensifying U.S. pressure not to do business with Iran.

India currently routes its dollar payments for Iranian crude through a Turkish bank -- an avenue that might be closed off as Washington ratchets up pressure on the Persian Gulf state.

"There are different (payment) options which are being evaluated and discussed. We are also considering the rupee as an option," Reserve Bank of India Deputy Governor H.R. Khan told reporters.

Indian officials say the country could pay partly for its Iranian oil imports in rupees that Iran could then use to buy Indian goods.

India pays Iran about $1 billion every month through Turkey for the 370,000 barrels a day of crude oil it buys from the world's fourth-largest oil producer.

Khan said as of now there had been no disruption in the current payment arrangement.

But the Press Trust of India quoted a senior government official as saying there were indications from Turkey's state-run Halkbank that it would have to stop settling payments on behalf of Indian companies.

The news agency did not name the official.

India's Finance Minister Pranab Mukherjee told reporters in Chicago on the weekend that New Delhi would not scale down its petroleum imports from Iran despite US and European sanctions against the Islamic republic.

"We will not decrease imports from Iran," Mukherjee was quoted as saying by the Press Trust of India at the end of a two-day visit aimed at wooing U.S. investment.

"Iran is an important country for India despite U.S. and European sanctions on Iran.

"It is not possible for India to take any decision to reduce imports from Iran drastically."

The West fears Iran is trying to build a nuclear bomb. Tehran insists its nuclear program is only for civilian use and refuses to abandon its uranium enrichment activities.