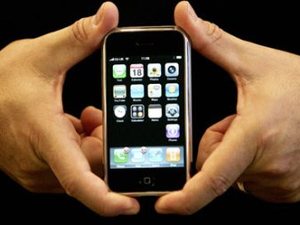 Customs agents at the Rafik Hariri International Airport thwarted on Wednesday an attempt to smuggle 500 iPhones from Australia, reported the National News Agency.

The iPhones were discovered in the luggages of three Australians of Lebanese origin, who arrived in Lebanon from Australia through Dubai.

Investigations are underway with the three suspects.

The report did not indicate which model of iPhone was being smuggled, knowing that there are limited quantities of the latest model, the iPhone 4S, in Lebanon.

jabalamel: What is your IQ level? I've never someone stupid like you, and I mean every single word. Go get a degree man!!!

Someone has a complex and mixes personal greed with politics....

Jabalamel,
I've never seen a bigger idiot in my life than yourself. Your comments are useless and a waste of space on this website. You need serious help my idiot friend.

As ur nasrallah put it "explore other possibilities" LOL!!!

I dont know why ... but I'm starting to feel sorry for Jabalamel ... this kid is seriously messed up!
I don't know whether to laugh out loud at this comments or lament that such people do exist in Lebanon.
Wleh w3a!!!!!

For Jabalhabal, everything is zionism and Israel, i wish he had seen his master in his sewers dining with the zionist pig Sharon before he had his stroke. Or maybe his master's friend, a zionist ex general who collaborated with Israel and got only 2 years. But well, people like JabalHabal exist, and they are extremely deprived from any intelligence. I just hope for him he wasnt a product of the 82 Israeli invasion of South Lebanon, it would be a terrible discovery for him ! :)

it was jabal and his friends ofcourse