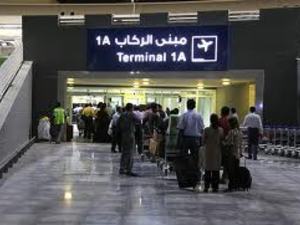 Airport authorities in the Emirati capital have been cleared to begin building a futuristic airport terminal that will house fast-growing Etihad Airways.

State-run Abu Dhabi Airports Company said Wednesday it hopes to begin construction on the planned Midfield Terminal Complex between April and June after getting approval from the emirate's Executive Council.

Plans call for an undulating, four-armed building that can handle between 27 million and 30 million passengers a year. It would operate alongside existing airport facilities, which now handle more than 12 million travelers annually.