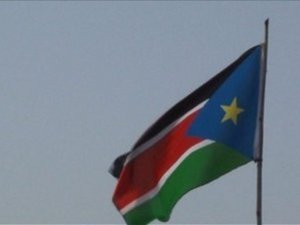 South Sudan's minister of cooperatives and rural development Jimmy Lemi Milla and his bodyguard were shot dead in Juba on Wednesday, the southern army's spokesman said, in what appeared to be a personal dispute.

"There was shooting at the ministries (complex), in which the minister of cooperatives and rural development was killed, as well as his bodyguard," the Sudan People's Liberation Army (SPLA) spokesman Philip Aguer told Agence France Presse.

"It is believed that the man responsible was the minister's driver, and he also killed himself," he added, indicating that three people in all died in the incident.

Aguer said the exact reason for the shooting was not known.

"They all came from the same ethnic group, and it's possible that it was a personal matter," he said.

Lemi, from Juba's Bari ethnic group, had been a member of north Sudan's ruling National Congress Party, but joined the southern ex-rebel movement the SPLM after the two sides signed a peace agreement in 2005 that ended more than two decades of bitter conflict.

He was appointed minister last year after a minor cabinet reshuffle following the death of south Sudan's minister of agriculture and veteran SPLA official Samson Kwaje.

Kwaje survived an attack in the run-up to Sudan's elections last April but died six months later and was replaced by the SPLM's deputy secretary general Anne Itto, then minister of rural development, leaving her post vacant.

Wednesday's killing cast a shadow over the euphoria generated by the announcement just two days earlier of final results from the January 9-15 referendum on independence for south Sudan, the centerpiece of the 2005 peace deal with Khartoum.

The results, which showed an overwhelming 98.83 percent of southerners backed separation from the north, triggered wild celebrations in Juba.

"The situation is now calm and under control," the SPLA's Philip Aguer said on Wednesday.

"But it is a very sad day for the people of south Sudan."