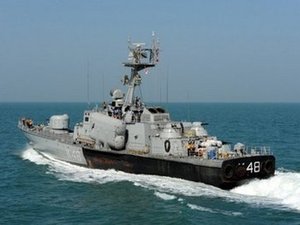 Pirates on Wednesday seized a Greek-flagged, British-owned oil tanker off the coast of Oman in the second such hijacking in as many days, the Bahrain-based Combined Maritime Forces said.

"We can confirm that the Irene SL has been pirated off the coast of Oman," a spokeswoman for the international naval force told Agence France Presse by telephone.

"It is an oil tanker," she said, adding that "it was bound for the United States."

The ship, which has 25 crew members, was confirmed hijacked at 0926 GMT, she said.

It is the second oil tanker hijacked in two days.

The European Union's Atalanta mission to the seas off Somalia and the Gulf of Aden (Eunavfor) said an Italian oil tanker was taken early on Tuesday 600 miles east of the island of Socotra.

Piracy has made shipping increasingly perilous off the Horn of Africa and led to the deployment of an international force to protect the key maritime corridor.

On Sunday, the Indian navy captured 28 suspected Somali pirates on board a Thai fishing vessel that had been hijacked up to six months ago and was thought to have been used as a floating base to mount attacks on shipping.

In January, pirates released a Greek-owned oil tanker with a crew of 18 Filipinos that they had seized in the southern Red Sea.