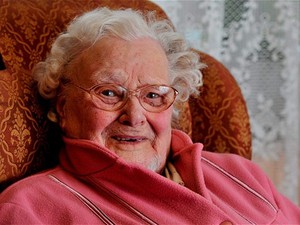 She died in her sleep at a care home in King's Lynn, eastern England, on Saturday, according to media reports.

"She led an amazing and extraordinary life," Green's daughter June Evetts told the Eastern Daily Press. "She must have seen a lot of changes in her time."

Evetts said that Green, a great-grandmother, "certainly wouldn't shout about the fact she was the last veteran".

Green joined the WRAF as a mess steward two months before the armistice and served at Royal Air Force bases in Norfolk, eastern England. Though she never saw frontline action, she is classed as having served in the war.

Claude Choules, the world's last known combat veteran of what was then called the Great War, died in Australia aged 110 in May last year.