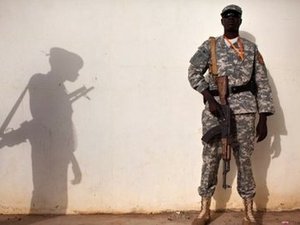 Clashes between rebels and south Sudanese troops in troubled Jonglei state have killed 105 people, a southern army spokesman said on Friday, a dramatic jump from an earlier death toll of 16.

The death toll from the fighting in Fangak town on Wednesday evening and Thursday morning, adds to an earlier toll of at least 16 dead from clashes between southern troops and the rebels in the Door area of Fangak county.

"The number of casualties is high because the attacks were a surprise. This is something we were not expecting because we trusted the ceasefire that was signed," Aguer said.

There was no immediate response from Renegade southern general George Athor, when Agence France Presse tried to contact him by telephone, but speaking to the independent Sudan Radio Service on Thursday he accused the southern army of starting the attacks.

The general launched his rebellion last year after claiming he was cheated in an election for the governorship of Jonglei state, the south's most populous.

Athor's men signed the January ceasefire with the southern army just days before a landmark referendum on independence for the south but he himself stayed away from the signing ceremony in the regional capital Juba.

Southern officials have charged he used the ceasefire period to recruit more fighters.

The attacks come just days after the formal confirmation of the results of the January 9-15 referendum, which showed almost 99 percent of southerners voted to secede and split Africa's largest country in two.

Previously the southern army had accused Athor and his men of acting on behalf of Khartoum in a bid to destabilize the south, a charge northern officials have denied.