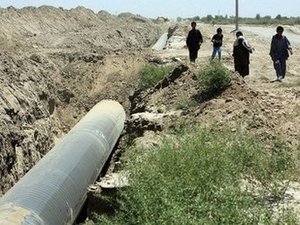 A gas pipeline exploded on Friday in central Iran near the Shiite holy city of Qom, without causing casualties or disrupting gas supplies, media reports said.

The official IRNA news agency said the blast occurred near Salafchegan, a special free economic zone southwest of Qom. It did not say what caused the explosion.

"The repair work has started and there is no cause for worry," the report said the Qom branch of National Iranian Gas company.

Seven major oil and gas pipelines are located in the area, where production from southern Iran is sent towards the north where most major Iranian cities are situated.

On September 11, up to 10 people were feared killed in a gas pipeline explosion near Iran's northeastern city of Mashhad. Sixteen others sustained burns.

Iran holds the second largest gas reserves in the world after Russia, but still exploits a small portion of it.(AFP)