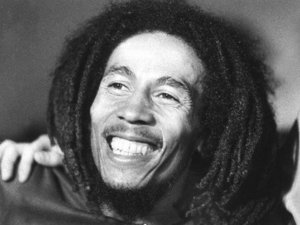 A hotly awaited documentary on Bob Marley has premiered to cheers at the Berlin film festival, tracking his journey from bullied biracial Jamaican boy to reggae superstar.

"Marley" by Oscar-winning Scottish film-maker Kevin Macdonald is a two-and-half-hour-long tribute to a child of the Kingston ghettos who made reggae a global phenomenon by the sheer force of his talent and charisma.

"For me, Bob is really one of the greatest cultural figures of 20th century. I don't think anyone in popular music has had the same lasting impact that he has," Macdonald, 44, told reporters after a rapturously received screening.

Macdonald bagged an Academy Award for his 1999 documentary "One Day in September" and Britain's BAFTA for his 2006 feature about Ugandan dictator Idi Amin, "The Last King of Scotland".

"Marley" features around 50 of his songs, including rare early recordings and electrifying concert outtakes of hits with his band the Wailers such as "Jammin", "Get Up, Stand Up", "No Woman, No Cry" and a duet of "I Shot the Sheriff" with Stevie Wonder, who helped him break into the U.S. market.

The film maintains a strict chronological approach, telling of his 1940s childhood of grinding poverty in the mountains of Jamaica after his black mother is abandoned by his white father, Captain Norval Marley.

Macdonald tracks down a former teacher and white and black half-siblings who describe an intelligent, driven, disciplined boy who suffered as an ostracized "half-breed".

In a moving passage, Macdonald plays Marley's song "Corner Stone" for two of the half-siblings as they discuss the impact of his father's rejection on his life and work.

Bunny Wailer, one of the few surviving members of Marley's band, also appears in the film, still resplendent in his rasta cap and dreadlocks, and tells of their early work with fellow reggae great Peter Tosh for which they earned "three pounds a week".

Rita, his widow and backup singer, speaks affectionately about Marley despite his countless affairs and describes how she would dispense with groupies from his dressing room for him when he needed time to unwind with a spliff and his guitar.

"We never fought about women," she says.

Rohan Marley, one of the singer's 11 children by seven women, came to Berlin for the premiere.

He said he grew up sharing his father with the world and recounted a story from childhood in which the star gave him and his brother money and told them to buy ice cream for the Kingston youngsters who would mass at the gates of their sprawling house.

"My father told us this: 'You're inside the gates, you're OK. I'm here for the ones outside the gates'," he said.

"Growing up we knew that all children belong to him. We may call him Daddy but we're just one of the many, you know," said Rohan, who bears a strong resemblance to his father, with a smile.

A close friend of Marley's and his art director during the 1970s and early 1980s, Neville Garrick, told reporters that the singer would "chew out" the band members after a show if he heard they had hit a wrong note.

"What made him different from most artists was that he appreciated his audience," he said. "He always did his best... he was a very hard taskmaster -- he was a real perfectionist."

The film also traces the impact of Jamaica's rampant political violence, in which Marley was once shot during a live performance, the singer's Rastafarian beliefs and attachment to Africa -- he sang at Robert Mugabe's inauguration in Zimbabwe in 1980 -- and his attempts to battle cancer before his death at 36.

A rousing sequence runs during the final credits in which fans across Asia, Africa, America and Europe keep the Marley legend alive, singing along to his songs.