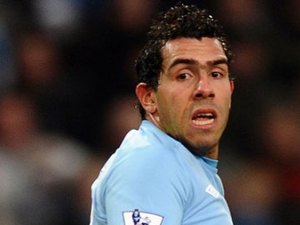 A representative of Carlos Tevez says the Argentina striker will return to Manchester City on Tuesday after spending nearly three months away from the club on unauthorized leave.

Paul McCarthy, Tevez's advisor, says the player is flying back from his native country on Monday because he "wants to be back playing football" and "wants to help Manchester City to win the title."

Tevez hasn't played for City since infuriating manager Roberto Mancini by refusing to warm up during a Champions League game at Bayern Munich in September.

McCarthy says "there has been a thawing" in the relationship between Mancini and Tevez, whose insubordination is believed to have cost the striker around 10 million pounds ($15.8 million) in fines or lost earnings.