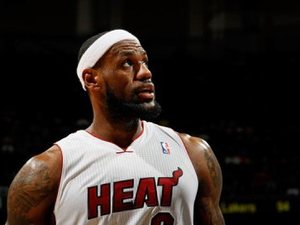 LeBron James scored 35 points and Dwyane Wade added 22 to power the Miami Heat past Milwaukee 114-96 to avoid being swept by the Bucks in their three NBA meetings this season.

James also contributed a game-high eight rebounds and three assists for the Heat, who were determined not to allow Milwaukee to win all three games between the clubs this season.

"They beat us twice," James said. "I don't think we need any extra motivation."

The Heat, coming off a 107-87 victory at Atlanta, improved to 22-7, one win shy of Eastern Conference leader Chicago. Miami will try to complete a sweep of three road games in three nights on Tuesday at Indiana.

The Bucks, who fell to 12-16, were led by 24 points from Carlos Delfino and 12 each from Brandon Jennings and Drew Gooden.

Mario Chalmers added 13 points for Miami, which led 55-50 at half-time and outscored Milwaukee 35-24 in the fourth quarter to seize command, while Chris Bosh had eight points and seven rebounds.

The Bucks are without Australian center Andrew Bogut, who is out indefinitely with a broken left ankle suffered last month in Houston when he landed awkwardly on the foot of Rockets guard Kyle Lowry.