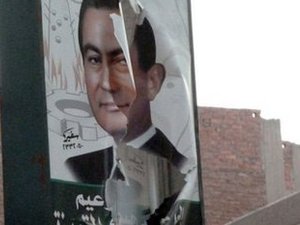 Hosni Mubarak is still in Egypt in the Red Sea resort town of Sharm el-Sheikh, caretaker Prime Minister Ahmed Shafiq said on Sunday, amid rumors that the ousted strongman had fled the country.

Mubarak resigned on Friday after a 30-year-reign and handed power to the Supreme Council of the Armed Forces, a body of some 20 generals who were mostly unknown to the general public before the uprising that brought him down.

Until elections are held, the military council is the country's executive body, overseeing the caretaker government of PM Shafiq.