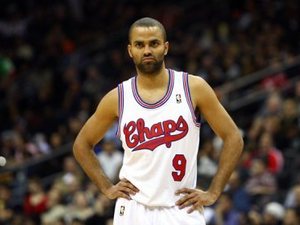 Brazil's Tiago Splitter and Danny Green each added 13 points for the Spurs, who improved to 21-9 as they chase Western Conference leader Oklahoma City.

The Raptors, coming off a last-second loss to Jeremy Lin-led New York the night before, were led by 29 points from DeMar DeRozan and 16 points and 11 rebounds from Jose Calderon. Toronto fell to 9-22 on the season.

The Spurs took a 55-45 half-time lead before the hosts rallied in the third quarter only to fall in the final minutes.

Argentina's Manu Ginobili came off the bench to add 11 points for the Spurs while Richard Jefferson had 10 points and Tim Duncan contributed eight.