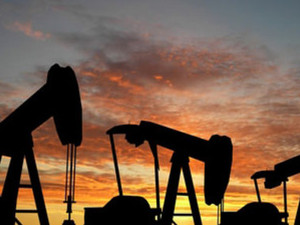 In London, Brent North Sea crude for April delivery settled at $118.93 a barrel, up $1.58 from Tuesday's closing level.

"This morning, we had this news about Iran cutting exports to (six) European countries. It seems to be the primary driver of the market," he said.

Iran said Wednesday that it was considering cutting oil sales to six EU countries but would not do so "at the moment," while unperturbed European officials said they were looking for other suppliers anyway.

State broadcaster IRIB reported on its website that the ambassadors of France, Greece, Italy, the Netherlands, Portugal and Spain were called to the foreign ministry in Tehran and warned that "Iran will revise its oil sale to these countries."

The warning was in retaliation of a European Union ban on Iranian oil imports that is being phased in as existing contracts expire up to July 1. The EU, the United States and their allies suspect Tehran is developing nuclear weapons; Tehran insists its program is purely for peaceful purposes.

The European Commission said that, even if Iran did cut its sales to the European Union, it would make little difference as EU buyers were already switching suppliers.

Market expectations had been for a surge of 1.3 million barrels, according to analysts polled by Dow Jones Newswires.