Arab Summit to be Held in Baghdad on March 29 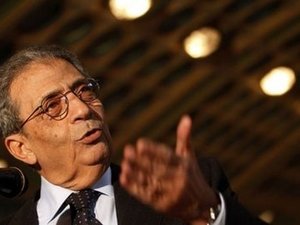 Arab leaders will hold their annual summit in Baghdad on March 29, officials said Monday, in defiance of threats by Islamist insurgents waging a campaign against countries planning to take part.

The meeting also comes at a critical time for the region's mainly autocratic leaders, after two popular uprisings ousted two Arab presidents in less than two months amid mounting calls for political and economic reform.

"The Arab League summit will be held in Baghdad on March 29," Iraq's ambassador to the Arab League, Qais al-Azzawi, told reporters on the sidelines of a meeting of the league's permanent representatives in Cairo.

Last month insurgents gunned down two Iraqi foreign ministry officials, after the Islamist group Ansar al-Islam posted threats against the summit in a statement on a jihadist website.

"The meeting of these tyrants in Baghdad forms part of American plans to normalize relations with the occupation government" in Iraq, it read.

"Everyone must know Iraq is under the occupation of the Crusaders and that only the non-believers can legitimize the impious government," it said, referring to the administration of Prime Minister Nuri al-Maliki.

Abduljabbar Abdullah Mukhtar and Jamal Sattar Hussein were shot dead by gunmen using silenced pistols on January 26, two days after the murder of Duraid Ismail, an employee of the National Security Ministry.

It will be the first summit of the 22-member League since the resignation of Egypt's president Hosni Mubarak, who led the regional heavyweight for 30 years and the ouster of Tunisia's Zine El Abidine Ben Ali after 23 years in power.

Ben Ali fled Tunisia on January 14 after the self-immolation of a vegetable seller sparked an unprecedented wave of anti-government demonstrations.

Inspired by events in Tunisia, protests erupted on January 25 and toppling Mubarak's regime 18 days later, in events that have shaken the region and sent shockwaves internationally.

Egypt's new military rulers have vowed to pave the way for a free democratic society, which if implemented, could jolt the region whose people have long suffered from political repression, poor human rights and economic hardships.

Arab League chief Amr Moussa had warned leaders who met in the Egyptian Red Sea resort of Sharm el-Sheikh for an economic summit of "unprecedented anger" on the Arab street.

"The Arab soul is broken by poverty, unemployment and general recession," he said. "The political problems, the majority of which have not been fixed have driven the Arab citizen to a state of unprecedented anger and frustration."

Moussa, whose term as secretary general runs out in two months, is expected to hand in his resignation at the Baghdad summit.

Azzawi said Arab foreign ministers will hold preparatory meetings on March 28 in Baghdad. Permanent representatives will also meet in Cairo on March 26 and 27, he said.

Iraq has not hosted an Arab League summit since 1978, though an extraordinary meeting of leaders took place there in 1990.