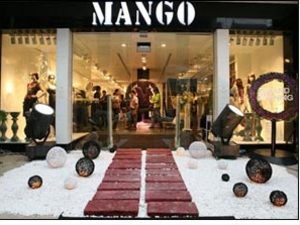 Spanish high-street clothing chain Mango has opened its first store in Sri Lanka, expanding its worldwide presence to a total of 106 countries, it said on Friday.

"Mango is pursuing its international expansion and staying true to its aim of being present in each of the main cities in the world with the opening of its first store in Sri Lanka," in the capital Colombo, it said in a statement.

The low-price fashion chain launched in the Barcelona area in 1984 and has expanded worldwide since its first stores outside Spain opened in Portugal in 1992. It now has 2,400 stores in 106 countries.

Its stores outside Spain accounted for 81 percent of its turnover in 2010, according to its latest annual results. That year the Mango group logged sales of 1.27 billion euros ($1.67 billion).

Mango is the second-biggest Spanish clothes exporter after Inditex, the world's largest clothes retailer and owner of high-street competitor Zara.

Inditex has more than 5.400 stores in 78 countries and has profited recently, despite an economic downturn in Spain, thanks to its overseas operations.