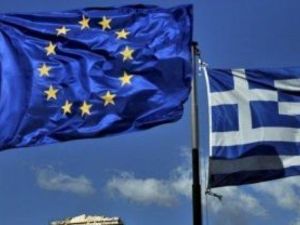 "On the initiative of Prime Minister Monti, the three-way phone conversation will take place today in the late morning," the government said in a statement.

"Chancellor Merkel and Prime Minister Monti will remain in close contact over the weekend ahead of the Eurogroup meeting on Monday," it said.

Merkel cancelled a scheduled visit to Rome at the last minute Friday, when President Christian Wulff resigned over a string of scandals.

Greece is grappling with proposals for direct fiscal control from Brussels and is struggling to fulfill conditions of a Eurozone debt rescue and overcome skepticism in the European Union to avert bankruptcy.

Eurozone leaders have been negotiating a Greek rescue package of 130 billion euros ($171 billion) and a write-down on privately held government bonds worth 100 billion euros to avoid Greece defaulting.