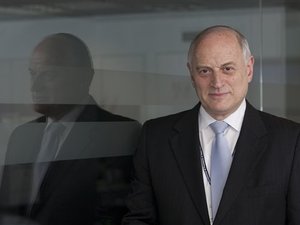 A top American Jewish leader said Monday that a secret visit he recently made to Syria could be a sign that President Bashar Assad wants to improve relations with the West.

Malcolm Hoenlein, the executive vice chairman of the Conference of Presidents of Major American Jewish Organizations, also said the international community should proceed with caution as the Arab world begins to embrace democracy.

In an interview with The Associated Press, Hoenlein confirmed his one-day December visit to Damascus at the invitation of Assad.

Hoenlein said his mission was humanitarian, that he was not acting as an envoy for Israel, and that he spent hours discussing a variety of issues with Assad. "There was no interpreter. It was just the two of us," he said.

Hoenlein refused to divulge details. "I assume my invitation came because he wants to improve some things," he said. "Maybe out of all of this some good can come."

Israel and the U.S. have expressed numerous concerns about Assad, ranging from Syria's poor human rights record to its support for Hizbullah, Hamas militants in the Gaza Strip and links to armed anti-American groups in Iraq.

Hoenlein's visit to Syria came several weeks before popular unrest erupted in Egypt, forcing longtime President Hosni Mubarak to step down last week. The developments in Egypt, as well as similar unrest that forced Tunisia's longtime ruler to flee the country, have fueled calls throughout the region for democratic reforms.

Hoenlein said he believes people in the Arab world are ready for democracy, but questioned whether the necessary institutions are in place for true reform.

He stressed that neither Israel nor the American Jewish community should be a factor in any transition. "These are decisions that people there in the region have to make," he said.