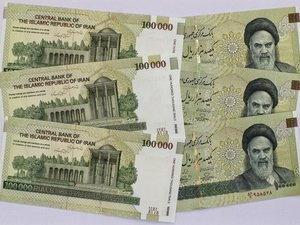 The trial in a $2.6 billion dollar banking fraud case that the Iranian media describe as the country's biggest ever opened on Saturday with some of the 32 accused facing possible death sentences.

The accused were charged with involvement in taking bribes and financial corruption, Iranian media reported.

The lead defendant, who was identified only by the initials MA, is accused of being "corrupt on earth," a charge which carries the death penalty under Iran's penal code, the reports said.

The fraud, as it surfaced last September, allegedly saw a private consortium amass trillions of rials through forged letters of credit approved by half a dozen Iranian banks.

On September 14, Ahmadinejad spoke in spirited defense of Mashaie and urged the judiciary to launch an "honest" probe into the case.

The fraud almost forced Hosseini from office but in November he survived an impeachment vote in parliament after being accused of lax oversight of the banking sector in relation to the fraud.

During the impeachment hearing, Hosseini received unexpected support from one of Ahmadinejad's main political rivals in the conservative camp -- parliament speaker Ali Larijani -- who said the legislature should "not create new conflicts" in the current political atmosphere.

No indication was given about the likely length of the trial.