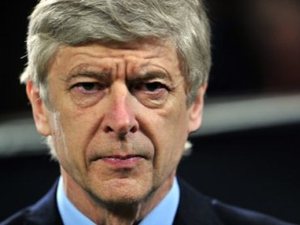 Arsenal boss Arsene Wenger remained defiant despite facing further questions about his future in the wake of their 2-0 defeat at Sunderland in the fifth round of the FA Cup.

The club are now heading towards their seventh season without a trophy, but Wenger told his critics: "We will stay united, fight, and focus on the next game. It is important for us to show strength and resilience."

The only problem is that the next game is against neighbors, Tottenham Hotspur, and another defeat would provide further ammunition for the Gunners' supporters who are increasingly unhappy about their team's performances and results.

While Wenger accepts their fans have a right to their opinions, he was less impressed by the verdict of Roy Keane, a former Sunderland manager, who described the current Arsenal team as the worst he had seen.

"I think it's a very harsh judgment," said Wenger, who was already under fire after the midweek 4-0 Champions League rout at the hands of AC Milan.

There was plenty in this cup exit to fuel the anger of their fans.

Sunderland may have relied on a deflected shot from Kieran Richardson and an own goal from Alex Oxlade-Chamberlain to claim their place in the quarterfinals, but it was a thoroughly deserved success.

Sunderland survived an early claim for a penalty to become the more committed and incisive team, although even their manager Martin O'Neill admitted they were aided by the fact that Arsenal had played a Champions League game in midweek.

Wenger also pointed towards their defeat at AC Milan as a factor.

"I felt it was a committed performance and the players gave absolutely everything that was left in their legs," said the Frenchman.

"I felt we were a bit unlucky. It was a 100 percent performance from us and their first shot was a goal. Then we had to chase the game, take a gamble and they caught us on the break for the second goal.

"We had a lot of possession, but didn't create a lot of because of some fantastic defending by Sunderland."

While Wenger prepares for the meeting with Tottenham, the focus of others is on what will happen after the end of the season, with questions about the future of the manager and some of his players, notably Robin van Persie.

"It is very difficult to say where this leaves us and what we will do. Let's focus on the next game to finish well in the Premier League," said Wenger.

Wenger also framed a stinging response to those who have questioned why former players such as Patrick Vieira and Tony Adams are working for other clubs instead of lending expert back-up at Arsenal.

"At the moment I get many lessons from many people who have managed zero clubs, zero games, zero Champions League games. I take it all on board, but don't think that would have helped us win this game," he insisted.

"We have played 15 years at the top level and in the top four. It is remarkable consistency and one day when you manage a club, you will see it's not easy."

Speculation about Wenger overshadowed Sunderland's march into the last eight - and even O'Neill contributed to the debate.

"When Arsene eventually decides to retire, he will be regarded by everyone - including me - as one of the great managers in the game," said O'Neill.

"We might not always see eye to eye about events but I think he's been fantastic. He will be disappointed that they have lost but my own view is that criticism is not particularly merited."

O'Neill added: "I thought we had lots of energy and got stronger as the game went on. I'm really delighted for everyone concerned with Sunderland Football Club, particularly the players."