NBA: Like Yao, Lin's success rubs some the wrong way 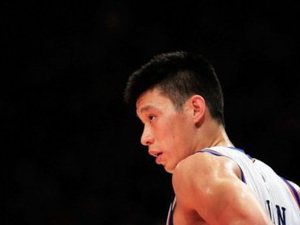 American sports network ESPN was forced to apologize Saturday for an anti-Asian slur directed at Chinese-American Lin that appeared in a story about the point guard following the Knicks 89-85 loss on Friday night.

The headline "Chink in the Armor" was included in an online story about Lin's role in the game that ended New York's seven-game winning streak.

ESPN said in a statement it was "conducting a complete review of our cross-platform editorial procedures and are determining appropriate disciplinary action to ensure this does not happen again. We regret and apologize for this mistake."

ESPN claimed that the headline appeared to only mobile browsers for a 35-minute period but long enough for scores of people to see it.

The Knicks have been on a magical run since former part-time player Lin was called upon with two starters missing and answered with the most points of any NBA player in his first five starts since the NBA and ABA merged in 1976. Lin's fairy-tale story is further enhanced because he was cut by two clubs, including Yao's former team the Houston Rockets, before the season started.

While the majority of Americans are captivated by the "Lin-sanity" phenomenon, others like U.S. African-American boxer Floyd Mayweather are not.

"Jeremy Lin is a good player but all the hype is because he's Asian. Black players do what he does every night and don't get the same praise," Mayweather said in a posting on his Twitter microblogging website.

Like Lin, retired eight-time NBA all-star Yao had to face taunts and ethnic slurs when he broke into the league in 2002.

Chen Kai, an author and former member of China's national basketball team who competed in the 1978 World Championships for China, told AFP the problem is that some people see this as a racial issue instead of a feel-good story.

Chen said the attitudes towards Lin and Yao show there is still a lot of work to be done to help integrate basketball.

"We have a culture in the U.S. called political correctness. Affirmative action is giving a minority a chance. At the same time the NBA is beyond that," said Chen, a human rights activist who now lives in Los Angeles.

"There is a conflict in the U.S. This rise of Jeremy Lin is just like Tiger Woods in golf or a great young black player in ice hockey.

"It is a phenomenon. It is not a negative story, it's a positive one. Most people in the U.S. embrace Jeremy Lin. They don't see it as a racial issue but just see that he plays good ball."

The 23-year-old Lin said on Wednesday he hopes to change outlooks and stereotypes regarding Asians and Asian-American NBA players.

"I think there are definitely (Asian) stereotypes," he said. There are a lot of them. The more we can do to break those down every day the better we will become.

"Hopefully in the near future we will see a lot more Asians and Asian-Americans playing in the NBA."

Lin's parents emigrated from Taiwan to the USA in the mid-1970s. He is one of the few Asian Americans in NBA history, and the first American player in the league to be of Chinese or Taiwanese descent.

"People in Taiwan and China fight to claim him but inside he is all American," Chen said.

"Some people talk about him being a Chink, but he's all American. He graduated from Harvard, he was born in the U.S. and he eats American food. He doesn't see color. All he cares about is winning the game. That is the true American spirit."