Roma to Focus on Champions League 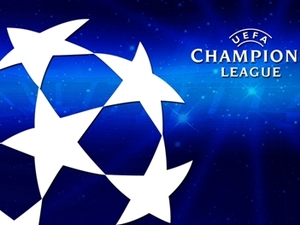 Roma host Shakhtar Donetsk in the Champions League on Wednesday in a match that has taken on extra significance for the Italians.

Claudio Ranieri's team have taken just one point out of the last nine in Serie A, losing to two of their would be title rivals: Inter Milan and Napoli.

Those defeats left them 13 points adrift of leaders AC Milan, albeit with a game in hand, and all but mathematically out of the scudetto race.

Ranieri admitted as much in his post match comments on Saturday following the home reverse to Napoli.

"Fighting for the scudetto at this point to me seems a big task," he said.

"But it seems that it just takes one defeat for people to say the toy is broken.

"We have to change objectives now, roll up our sleeves and see where we can finish.

"It's true that this year we're not the same team as last season, we're not running like we did before and we have to try to understand why."

Those changed objectives may just mean that the Champions League has become the priority for a team that has often done well in European competition, without ever looking like threatening to win the trophy.

Roma have had a number of quarter-final appearances in recent years, most notably in 2007/08 when they knocked out Real Madrid before falling to Manchester United.

The problem for Roma, as Ranieri admitted, is that they simply are not as good as last season.

Captain and talisman Francesco Totti is 34 now and no longer an automatic first choice starter.

Ranieri has preferred Marco Borriello as his main front man this season with Montenegro's Mirko Vucinic and French winger Jeremy Menez the two most frequently used to support him.

But with Daniele De Rossi failing to grab games by the scruff of the neck as he has done in the past, Roma have struggled to win games.

A look at their goal difference tells the story of a team that is scraping victories rather than coasting to them.

Roma have only scored three more goals than they have conceded despite having won four more games than they have lost, meaning that on average their defeats have been heavier than their wins.

They also struggled just to get to this stage, losing at home to minnows FC Basel of Switzerland before needing a 1-1 draw at CFR Cluj of Romania in their final game to be sure of qualifying.

Shakhtar, on the other hand, won five of their six group games with only a 5-1 walloping at Arsenal blotting their copybook, although they still went on to top the group.

Their Croatian captain Darijo Srna is understandably confident that the 2009 UEFA Cup winners can make progress in this competition.

"Roma are a good side with expert players and great forwards such as Totti, Borriello, Vucinic and Menez who can create problems at any time," he said on the club's website.

"Our aim is to score at least one goal away from home and then the match in Donetsk will be a different story."

His confidence is based on Shakhtar having won every one of the 16 matches they've played at home this season, scoring 42 goals and conceding only four.

"However, Roma have an advantage because Italy don't have the winter break but for us Wednesday's game will be the first for two months," he added.

Italy does have a winter break but only just over two weeks, unlike in Ukraine where it lasts a lot longer.