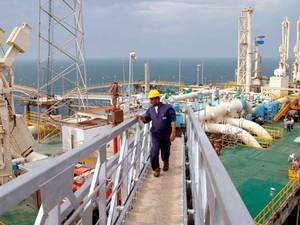 The oil was sold to 29 international oil companies.

Iraq relies on oil exports for 95 percent of its revenues, and the uncertainty in the market stemming from the conflict between the West and Iran over its controversial nuclear program has helped support global crude prices.