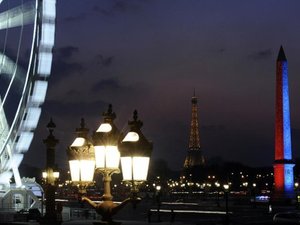 The number of nights spent in Paris hotels hit a record in 2011, the Paris Convention and Visitors Bureau said Monday, with a big jump in visits from China.

In total, visitors spent 36.9 million nights in the City of Light last year, a 3.1 percent increase from 2010.

Business visitors and tourists from new markets contributed significantly to the success, the office said.

French visitors accounted for 37 percent of hotel nights in 2011, but the bureau forecast that visits from nationals would drop in 2012 due to the poor economic outlook for France.

Nights spent in Parisian hotels last year by Chinese visitors jumped by 21.6 percent to 407,000. The increase over two years was 63 percent, the office said.