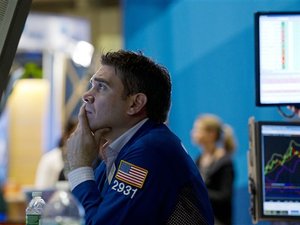 The euro bounced close to $1.33 on Tuesday, but European stock markets held steady as investors gave a cautious welcome to another Eurozone bailout for Greece.

Finance ministers sealed an unprecedented deal early on Tuesday for a new 237-billion-euro ($310 billion) bailout that is designed to keep Greece in the Eurozone.

The euro soared as high as $1.3293 within minutes of the announcement from Brussels, from $1.3185 immediately before. It pulled back to stand at $1.3275 in London morning deals.

Luxembourg Prime Minister Jean-Claude Juncker unveiled the deal to "secure Greece's future in the Eurozone" after 13 hours of talks between governments, the European Union, the International Monetary Fund and private creditors.

The agreement, greeted with huge if cautious relief by investors around the world, is aimed at avoiding a Greek default, with Athens facing debt repayments of about 14.5 billion euros on March 20.

"Greece has finally earned the second bailout, moving it slightly further away from a default than we were yesterday," said broker Jonathan Bristow at Valbury Capital.

The deal aims to bring Greek government debt down to 120.5 percent of gross domestic product (GDP) by 2020, a Eurozone governmental source told Agence France Presse. The figure is just a fraction above the 120-percent target set by the EU and IMF.

European Central Bank chief Mario Draghi said it was "a very good agreement and I welcome the commitments of the Greek government to restoring growth and stability".

In exchange for the money, Greece will accept tighter surveillance by the EU and IMF on the ground in Athens, with full delivery and IMF help contingent on Greece enacting deeply unpopular spending cuts and reforms.

However, there were voices of caution and reminders that the accord cannot provide a magic bullet for the crisis.

"Greece has got its bailout so there will be no default on March 20 -- but no one believes Greece will reach a sustainable debt load by 2020, so there could be more bailout discussions down the road," Brooks told AFP.

"This is what is concerning markets today. The immediate future may be secure for Greece -- but its long-term position in the Eurozone is as precarious as ever."

ING analyst Carsten Brzeski warned that the Greek deal could run into serious problems, citing the need for parliamentary approval in Germany, and probably Finland and The Netherlands as well.

In addition, Greece will likely face major problems in pushing through more harsh austerity measures, after the recent package sparked violence on the streets of Athens in which dozens of buildings were set ablaze.

"Greece should be saved, at least for the next couple of months. However, the feeling of relief is not likely to last for long," said Brzeski.

"There are still many uncertainties and potential stumbling blocks in the eurozone's debt crisis marathon run."

He added: "The combination between more austerity, social unrest and European impatience could become explosive, with a high risk that the Greek crisis could still derail."

Wall Street returns for business later on Tuesday after a public holiday on Monday.