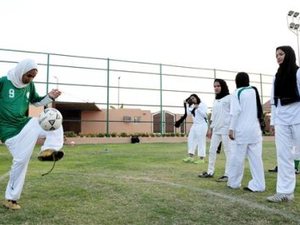 The global football players' union is backing a campaign to change FIFA's laws of the game by allowing Islamic women to wear hijabs.

Football's rules-making panel outlawed hijabs for safety reasons in 2007, and will consider lifting the ban at a March 3 meeting in England.

FIFPro is backing FIFA vice president Prince Ali of Jordan, who will show the panel a headscarf held in place by a Velcro fastener.

Since the ban, FIFA has allowed Islamic players to wear a cap which some objected to because it exposes their neck.