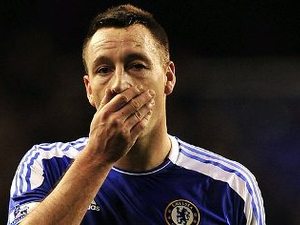 Chelsea captain John Terry is to undergo surgery on his injured right knee and faces several weeks on the sidelines, manager Andre Villas-Boas confirmed on Tuesday.

In a major blow to Chelsea's Premier League and Champions League campaigns, the inspirational defender could be out of action for up to six weeks after his injury failed to heal as expected.

"Hopefully John Terry will be out for less than six weeks. They are cleaning the joint and hopefully it will be less," said Villas-Boas on Tuesday.

Terry suffered the injury after colliding with a goalpost during last month's FA Cup victory over Portsmouth at Stamford Bridge.

The 31-year-old had travelled to Italy the Napoli match but was ruled out after suffering a reaction following a training session on Monday.

Terry's injury also has implications for England's Euro 2012 preparations, ruling him out of the February 29 friendly against Holland at Wembley and leaving him racing to recover his fitness for the finals in Poland and Ukraine.

However the defender's unavailability relieves caretaker England manager Stuart Pearce of a potential headache over the issue of whether to pick Rio Ferdinand and Terry in the same squad.