Rooney out of Ajax Match 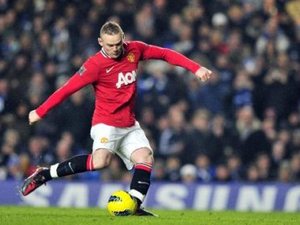 Given that advantage, United manager Ferguson may well have rested even a fit Rooney, with Lokomotiv Moscow or Athletic Bilbao waiting for the English champions in the next round.

Teenage French midfielder Paul Pogba could feature against Ajax, although it seems the 18-year-old is more likely to be among the substitutes than handed a starting role.

"It is possible we could give Pogba a run-out," said Ferguson. "It depends because there are a lot of players who need a game; Nani, (Ashley) Young, (Javier) Hernandez, (Tom) Cleverley, (Chris) Smalling, (Phil) Jones.

"Those players will all play tomorrow (Thursday) and we hope to put a sprinkling of experience amongst it."