Nani Struggling for Form ahead of Norwich Test 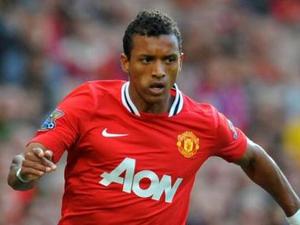 Nani has admitted he is struggling to regain his top form since returning from injury for Manchester United.

The Portugal international played in both legs against Ajax in the Europa League after being sidelined for a month.

And although Nani helped United edge past the Dutch champions 3-2 on aggregate to set up a last-16 clash with Athletic Bilbao, the 25-year-old said his best form remains elusive.

"I am getting there but I need more minutes," he said. "It has been difficult to get the consistency.

"I will work hard to come back because we need every player. Just now I am not at my best but I will try to recover my form as quickly as possible."

With Antonio Valencia having suffered a hamstring injury in Amsterdam last week and the title race reaching a critical stage, United manager Sir Alex Ferguson needs Nani for the forthcoming trips to Norwich and Tottenham.

They start the weekend two points behind leaders Manchester City with 13 games remaining.

But United could trail Roberto Mancini's side by five points when they start at mid-table Norwich on Sunday as City entertain struggling Blackburn on Saturday.

Norwich have surprised many observers with the way they have adapted to the top-flight since winning promotion at the end of last season, and Ferguson is predicting a tricky game for his players.

"Norwich bought one or two players from lower divisions but, while it's not easy coming out of the Championship, Norwich have done really well," said the United manager.

"They look as though they are enjoying themselves and there is always a good atmosphere at Carrow Road, a full house every game."

Ferguson, who hopes to have Wayne Rooney available after the England striker missed Thursday's 2-1 home defeat to Ajax with a throat infection, paid tribute to Norwich's 42-year-old manager and fellow Scot Paul Lambert.

"I knew Paul from when he was a kid at St Mirren," he added. "He had a great playing career - a European Cup winner's medal with Borussia Dortmund.

"For a young manager Norwich is probably a good club to go to. Expectations are probably not too high, there is a full house, a lot of enthusiasm down there. I think it suited him well."

Lambert is relishing the opportunity of facing United and says Norwich, who start the weekend in eighth spot after winning their last two league games, fear no one.

"It's not a game we're going to be frightened by," he added. "We are going to try and win, that's the nature of the game. You try and win.

"They are still one of the best teams in Europe, let alone Britain. They have been a fantastic team for many a year now so I am under no illusions as to how hard it is this weekend.

"They are an absolutely brilliant side. Sir Alex Ferguson has done it for 25 years and built the club up to the way it is today.

"In years gone by, they have had some incredible footballers and teams. They know how to win. He is the greatest manager I think this country will ever see."