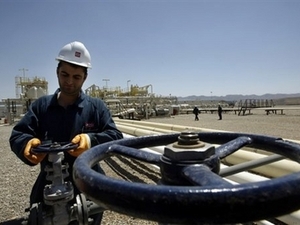 Iraq has pledged to curb numbers of unskilled migrant laborers in a bid to cut high levels of domestic unemployment and reduce illegal immigration, Baghdad's labor minister said on Saturday.

Tens of thousands of workers from around the world are toiling in post-war Iraq, which has a labor code and immigration law. But with Iraq's multitude of problems there is little monitoring, leaving migrants vulnerable and often exploited.

"The ministry of labor will not allow the entrance of unskilled foreign workers," Nassar al-Rubaie said in an emailed statement after talks with Sri Lanka's Minister of Foreign Employment Dilan Perera in Baghdad.

"If there is a project that needs professional workers and we do not have enough ... then we will allow for talented foreigners, but no more than 50 percent (of the total amount required)."

Rubaie said those who were importing foreign workers into Iraq were "inhuman and greedy," and that laborers were being exploited by being paid less than their Iraqi counterparts for working longer hours under worse conditions.

In June, 30 Sri Lankan laborers hired to build a government housing complex in the southern province of Maysan staged a week-long hunger strike until authorities pledged to sue their employer and fight for their rights.

Thousands of South Asian workers were employed in menial jobs in oil-rich Iraq, many working for catering, cleaning and transport contractors for U.S. forces posted in the country from 2003 until their withdrawal at the end of last year.