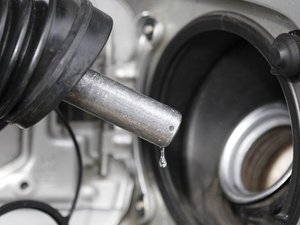 President Barack Obama says there is no easy answer to the problem of rising energy prices, dismissing Republican plans to address the problem as little more than gimmicks.

"We know there's no silver bullet that will bring down gas prices or reduce our dependence on foreign oil overnight," Obama said Saturday in his weekly radio and Internet address. "But what we can do is get our priorities straight and make a sustained, serious effort to tackle this problem."

Oil prices are approaching last year's highs as tensions increase over Iran's nuclear program. The rise pushed gasoline prices Friday to record highs for this time of year. A spike in gas prices is normal in spring, but it came earlier than usual this year in large part because of world fears that the growing confrontation with Iran will crimp oil supplies. Iran is the world's third-largest crude supplier.

Rising oil prices weigh on the economy, pushing leisure and business travel costs higher. Analysts say gasoline will climb as high as $4.25 per gallon ($1.12 per liter) by late April, above the record $4.11 set in 2008. Every 1-cent increase in the price of gasoline costs the economy $1.4 billon, analysts say.

Obama said Republicans have one answer to the oil pinch: Drill.

"You know that's not a plan, especially since we're already drilling," Obama said, echoing his remarks earlier in the week. "It's a bumper sticker."

Obama is pushing what he calls an "all-of-the-above" approach to the problem of limited energy resources, meaning an attempt to seek out alternative energy sources while reducing consumption of traditional fuels.

In the Republican address, Texas Sen. Kay Bailey Hutchison blamed the rise in gasoline prices partly on the Obama administration, which she said has blocked some potential new sources of oil and gas.

"We can't slow down global demand for oil and gas, but we can do a lot more here at home to assure that we have the energy we need and to halt skyrocketing costs," she said. "President Obama's policy has resulted in an unprecedented slowdown in new exploration and production of oil and gas."