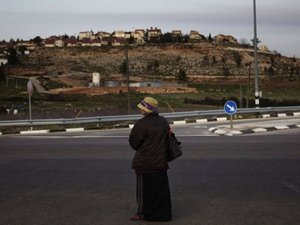 Israel's national rail company on Monday confirmed it has prepared a plan for the first railway system to operate in the occupied West Bank, at the request of the transport ministry.

A spokesman for Israel Railways said the company had put together the plan, which was first reported on Monday by Israeli daily Haaretz.

"We have presented a plan sought by the transport ministry, but for the moment nothing has been done on the ground. The decision on the construction of railways is the responsibility of politicians," he said, on condition of anonymity.

He declined to provide any additional details about the project, and the transport ministry had no immediate comment.

Haaretz said the plan envisioned 475 kilometers of rail on 11 lines that would serve Palestinians and the Jewish settler community in the West Bank.

But the newspaper said the chances of the rail system actually being built were "slim," with diplomatic, legal and budgetary hurdles likely to stymie construction.

No target date for the project has been set, and nor has a budget been drawn up, the paper said.