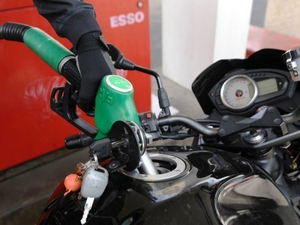 Oil prices fell below $109 a barrel Monday in Asia after a 14 percent gain this month that was driven by signs of an improving U.S. economy and fears of an Iran supply cut.

Benchmark crude for April delivery was down 86 cents to $108.91 per barrel late afternoon Singapore time in electronic trading on the New York Mercantile Exchange. The contract rose $1.94 to settle at $109.73 in New York on Friday.

Crude has soared from $96 earlier this month as stronger U.S. economic indicators bolstered investor confidence. Government figures show crude demand growth has slowed in the U.S. from a year earlier, but some traders are betting a strengthening economy will eventually boost consumption.

"This is what happens when the U.S. begins to climb back up the mountain and recovers," said Larry Carl of Oil Outlooks and Opinions. "America is still the biggest consumer of oil and we are also the most freewheeling buyers."

Some investors "fear that the world is headed toward an ugly conclusion of the Iranian nuclear crisis," energy consultant Cameron Hanover said in a report. "The market is discounting an increasingly violent and unwelcome ending."

"If Iran were to allow inspection of its nuclear site, or if it were to come back to the negotiating table, then prices might suddenly sell off," it said.