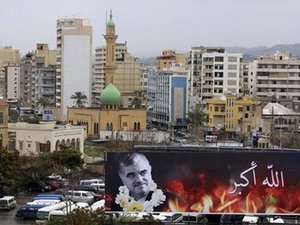 Hizbullah is greatly concerned about the prospect of public indictments in ex-Premier Rafik Hariri’s assassination case, in large part because some of the group's senior members have already been named in the media as potential suspects, said the Washington Institute for Near East Policy.

Badreddine is the brother-in-law of Imad Mughniyeh -- the assassinated chief of Hizbullah's external operations.

“Hizbullah's acute anxiety over the forthcoming indictments can be seen most prominently in its public denunciations of the tribunal as an American project based on false communications data fabricated by Israeli spies embedded in Lebanon's telecommunications industry,” said the institute which has close ties to Israel.

The Shiite group is conducting periodic surveillance of the Special Tribunal for Lebanon headquarters in The Hague, wrote Levitt.

“Hizbullah regularly follows tribunal investigators on the ground in Lebanon and uses intimidation tactics against them.

“The group reportedly collects information on tribunal officials entering and leaving the country through airport surveillance, creating an environment in which investigators do not feel safe,” the report added.