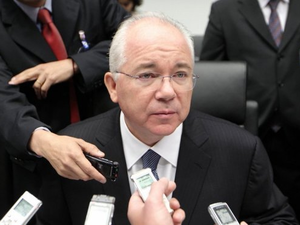 Venezuela's oil minister confirmed that it sent two shipments of diesel to Syria last year and said it would send further supplies "when required" despite Western-led sanctions.

The United States and the European Union have tightened sanctions in an effort to isolate Syrian President Bashar Assad's regime over its deadly months-long crackdown on pro-democracy protests.

Caracas has been critical of sanctions against both Syria and Iran, with which it has forged closer political and economic ties in recent years.

More than 7,600 people have been killed in violence across Syria since anti-regime protests erupted in March 2011, according to the Syrian Observatory for Human Rights.