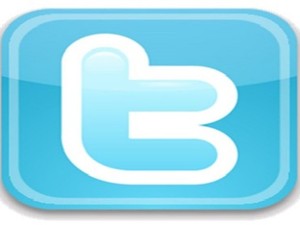 Mike Tancred, the Australian Olympic Committee (AOC) director of media and communications, fears athletes tweeting during competition will be distracted.

Coaches and team managers needed to implement rules to eliminate the risk of social media undermining performances at this year's London Games, he said, but there would be no blanket ban.

"The problem was highlighted at the diving test event in London where athletes were tweeting during the competition," Tancred said in AOC's London Olympics newsletter emailed this week.

"Diving officials stopped the use of social media during the competition, which was also a World Cup event, once they learned it was happening."

According to the AOC, one diver's tweet during competition read: "I'm a novice. I will stop tweeting next round. Distraction!"

The International Olympic Committee will allow athletes to use social media such as Facebook, YouTube and Twitter during the Games because it is keen to encourage more youth interest in the Olympics.

Tancred said some sports in Australia, such as cycling, had specific policies about the use of social media during training and competition.

Australia's athletes were encouraged to use social media responsibly and during downtime in the village but their use of it should conform to the Olympic spirit, Tancred added.

The problem is with us already of course; businesses are losing time that could be crucial at work. But there are other serious problems facing all teams in competetion; location of mobile phones can of course, be traced by: example, people with rocket-launchers outside perimeters. It is that bad. Remember Berlin Games in 1970s?

The ban is on, in airplanes and hospital wards for different reasons. If a person, athlete or not, is seekimg genuine - not synthetic - socialising,why not shut off the phone and actually greet neighbours in the next team - some with, say, a different race or nationality. Friendly Games anyone?