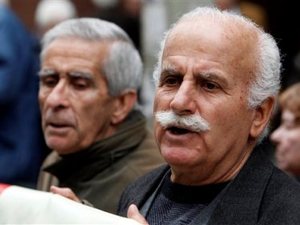 Greek lawmakers are to vote on a package of tough salary and pension cuts Tuesday as part of measures needed to secure the payout of the debt-ridden country's second international package of bailout loans.

The parliamentary vote comes a day after the Standard & Poor's ratings agency downgraded Greece's credit rating to "selective default" over a debt write-down deal with private creditors that is an integral part of the second bailout.

The downgrade had been widely expected, as ratings agencies had said the bond swap with private creditors would constitute a selective default. Once the swap is carried out next month, the agencies are expected to upgrade Greece.

The Finance Ministry said the S&P downgrade "was pre-announced and all its consequences have been anticipated, planned for and addressed by the relevant decision of the European Council and the eurogroup." It added that the move had "no impact in the Greek banking sector."

Lawmakers must push through the final bills before the country can receive any funds from its new €130 billion ($174 billion) package of rescue loans from other eurozone countries and the International Monetary Fund. The bailout and accompanying bond swap deal with private creditors aim to prevent the country from a potentially catastrophic default that could drag down other financially vulnerable countries and threaten the European Union's joint currency, the euro.

The rescue package is Greece's second in less than two years. The country has been surviving since May 2010 on funds from a first bailout from the eurozone and IMF, and has received €73 billion ($98 billion) from the initially approved €110 billion ($147 billion) package.

But more than two years of harsh austerity implemented to secure the rescue funds have taken a hefty toll on the Greek economy, with businesses closing in the tens of thousands and unemployment at a record high 21 percent.

Unions have planned demonstrations in Athens Wednesday as part of Europe-wide anti-austerity protests.

Squeeze them more, there's some juice left in them.... pathetic world!