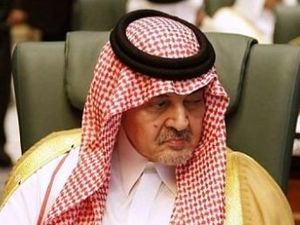 Saudi Arabia said on Wednesday that it would honor a pledge of $3.75 billion in aid to Egypt, after complaints by the Egyptian premier that donor countries were failing to respect their commitments.

"The kingdom pledged to support Egypt in meeting the challenges facing its economy through a series of financial commitments totaling $3.75 billion," Prince Saud al-Faisal was quoted as saying by the official SPA news agency.

Responding to remarks by Prime Minister Kamal Ganzuri on donor states' failure to honor their pledges to support Egypt's ailing economy, Faisal said Riyadh had already paid $500 million of its total commitment into Cairo's Central Bank in May last year when the aid was promised.

A second tranche of $1.45 billion, to finance a number of projects by the Saudi Development Fund, was the subject of a memorandum of understanding still awaiting the go-ahead from Egypt, he added.

The rest of the Saudi aid, including another transfer to the Central Bank and the purchase of treasury bonds, had also been held up by the Egyptian government, Faisal said.

Saudi Arabia has, in addition, supplied Egypt with 48,000 tons of liquefied gas and "will not hesitate to stand beside its Egyptian brothers," he added.

Last week, the International Monetary Fund described the plight of Egypt's once-growing economy as dire, sounding the alarm on stagnant growth and a precipitous drop in the country's foreign reserves.

The Arab world's most populous nation is facing a budget deficit of 144 billion Egyptian pounds which analysts expect to deepen as the country continues to feel the aftershocks of an uprising last year that overthrew veteran president Hosni Mubarak.

Egyptian state media recently quoted Finance Minister Mumtaz al-Said as saying his government would sign a memorandum of understanding with the IMF in March for a previously spurned $3.2 billion loan.