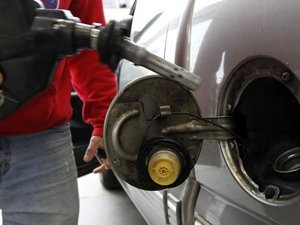 New York's main contract, light sweet crude for delivery in April, gained 28 cents to $106.83, while Brent North Sea crude for April delivery was up 60 cents to $122.15 in morning trade.

Prices had been on the retreat since Monday on profit-taking and worries that high energy costs could erode demand and hurt the global economy, but the concerns over Iran's nuclear ambitions continued to haunt investors.

"Despite the retreat in prices in the past few days, the Iranian situation is still playing on people's minds," said Justin Harper, market strategist at IG Markets Singapore.

"Concerns are creeping up over the need to find alternative sources if there is a supply disruption," he told Agence France Presse.

"Anyone who is interested in stopping the manipulative use of oil production, its influence on world markets, the threats to the world's economies, must also for that reason enlist to stop Iran's nuclear race," Netanyahu told a conference on environmentally friendly growth.

Western countries have imposed a raft of sanctions on Iranian oil exports in a bid to halt its controversial nuclear program, which they say masks a bid to build atomic weapons.

Tehran denies this charge and says its nuclear program is solely for peaceful civilian purposes.