Report: Terry back 'within Month' after Surgery 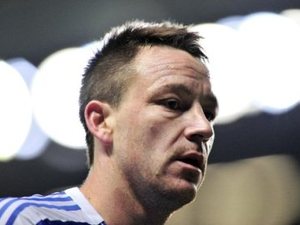 The 31-year-old center-half was initially ruled out for up to eight weeks last week after a knee problem picked up in January failed to heal properly.

However Terry told The Sun on Wednesday that an operation to fix the problem had gone well and he was confident of returning to anchor Chelsea's faltering Premier League campaign.

"The surgeon has shaved off a bit of bone in my right knee that was rubbing and causing a lot of swelling.

"We're all confident the operation has solved the problem and it is looking good for a quick return.

"The medical staff say four to six weeks before I can play again. But, hopefully, it might be sooner.

"I'll definitely be back before the end of the season to help the team in the Premier League run-in and for the Euros."