Gattuso back in Training after Eye Injury 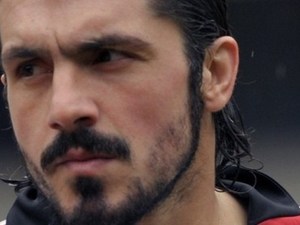 AC Milan midfielder Gennaro Gattuso has returned to training as he battles his way back from a serious eye injury.

Gattuso has not played since colliding with teammate Alessandro Nesta in the Serie A opener on September 9.

He returned to training briefly at the end of the year but was diagnosed with myasthenia — an autoimmune neuromuscular disease — on January 3.

The 34-year-old Gattuso, whose contract expires at the end of the season, said recently he is willing to play for free.

Mathieu Flamini trained with the group again and could make his first appearance of the season against Palermo at the weekend.

Kevin-Prince Boateng is likely to miss the Serie A game after he was forced off in the 4-0 win against Arsenal with a relapse of a muscle injury in his left thigh.