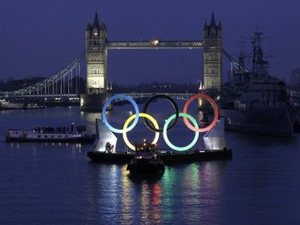 The royal couple will perform this ceremonial role at the 80,000-seat Olympic Stadium when the games begin on July 27.

They also will open the Paralympic Games on Aug. 29.

The British royals have long been strong supporters of the Olympics.

The queen also opened the 1976 Games in Canada, where she is the head of state, while Philip did so on her behalf at Melbourne, Australia, in 1956.

The Olympics were last held in the UK in 1948 and were opened by the queen's father, King George VI.