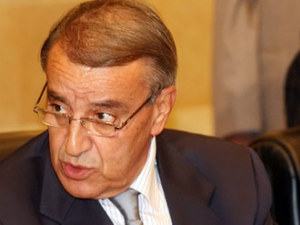 He said in a letter to the U.N. official that the demarcation would fall under the U.N. Interim Force in Lebanon’s role in designating the land border.

Ban had earlier stated that demarcating the maritime border does not fall within UNIFIL’s jurisdiction.

Shami explained in his letter that maritime and land borders are linked, basing his statement on U.N. Security Council resolutions 425 and 1701 and UNIFIL’s role in maintaining peace,

Furthermore, he cited an article in resolution 1701 which stipulates that the U.N. secretary general should make suggestions over demarcating Lebanon’s borders, especially in areas of dispute.

This article, therefore, grants the international organization the right to demarcate the borders, both land and maritime, seeing as the latter is an issue of contention with Israel.