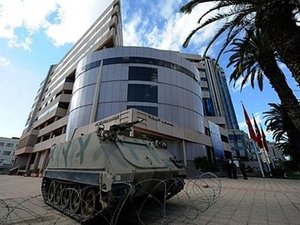 The Tunisian authorities and the country's main Islamist movement on Saturday denounced the murder of a Polish priest who was found dead in the country with his throat slit.

Marek Rybinski, 34, was found dead Friday in the garage of the private religious school in the Manouba region near the capital Tunis where he was responsible for the accounting.

"The ministry of religious affairs condemns this criminal act and calls on all men of religion and civil society to act with determination to prevent such acts happening again," the ministry said in a statement carried by news agency TAP.

It emphasized that "Tunisia has always been a place of peaceful coexistence between races and nationalities and of dialogue between civilizations, religions and culture."

The main Islamist movement in Tunisia, Ennahda (Awakening), also "strongly" condemned the murder Saturday, saying it was "a tactic to distract Tunisians from the objectives of Tunisia's revolution."

"We denounce what happened and we condemn all those who are behind it. We call on the Tunisian authorities to discover the real circumstances of this murder and find the people who did it to enlighten public opinion," the president of the movement's founding assembly, Ali El-Aryath, said.

The murder was the first of a foreigner or priest since the regime of Zine El Abidine Ben Ali was toppled by mass protests on January 14.