Moussawi: We Managed to Achieve the Change We are Witnessing in Our Political Life 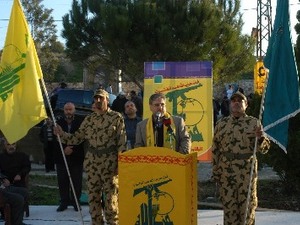 Loyalty to the Resistance bloc MP Nawwaf Moussawi stressed on Saturday that change was achieved on the Lebanese political scene through strong will and “brave political leaderships that are being accused of treason.”

“These leaders are responding to accusations of treason with courage in confronting American security, political, and economic threats,” he said.

“The brave people in Lebanon participated with us in the governmental change … that would save Lebanon from all that was being prepared for it including the American-Israeli strife project known as the Special Tribunal for Lebanon,” he added.

The new government will save Lebanon from the captivity of sectarian rhetoric and pave the way for a Cabinet devoid of corruption, Moussawi continued.

“We have entered a new phase, that of the governmental change that will lift burdens off Lebanon’s shoulders,” he stressed.