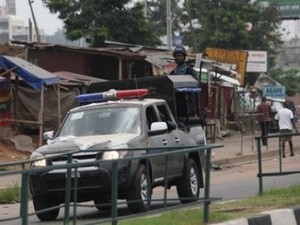 "I think the United States wants to support Nigeria in every way that is appropriate from Nigeria's point of view, to deal with any threat here in this country," U.S. Under-Secretary for Political Affairs Wendy Sherman told reporters.

Sherman, the US State Department's number three, spoke of a "holistic approach" to addressing security in Nigeria, with most of the violence having occurred in the country's deeply impoverished and mainly Muslim north. She spoke of development and job creation.

"And together we will do whatever we can, from intelligence sharing to assistance, to development, to security training, as we have done, given that Nigeria is one of the leaders in peacekeeping forces throughout the world," she said.

Nigeria has contributed to a list of U.N.-sponsored peacekeeping missions and is a major supplier of U.S. oil imports.

Sherman spoke after talks with Nigeria's junior minister of foreign affairs Viola Onwuliri. She was in Nigeria for a 24-hour visit during which she was also meeting civil society organizations and other top government officials.

Nigeria has been hit by almost daily gun and bomb attacks mainly in the north and blamed on Boko Haram. There have been deep concerns over whether the group has formed ties with al-Qaida.

Violence by the sect, whose goals remain largely unclear, has since mid-2009 claimed more than 1,000 lives, including more than 300 this year alone, according to Agence France Presse and rights groups.