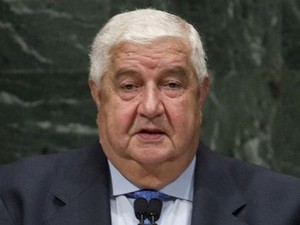 Syrian Foreign Minister Walid al-Muallem has hoped that Lebanese-Syrian ties would be similar to relations between Damascus and Ankara.

Turkey and Syria also plan to set up a joint bank, inaugurate a high-speed train between Aleppo and the southern Turkish city of Gaziantep and link their natural gas networks as part of other projects by the end of 2011, Erdogan said.

In remarks to the German dpa news agency, Muallem said: “The West proved that it has no permanent friend.”

“That’s why, the leaders of regional countries should befriend their peoples,” the Syrian FM said. “That’s the best choice.”